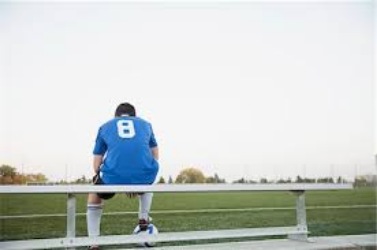 If a leading football team had contracted the best player in the world but was benching them in a third of their games, despite them being fully fit and desperate to play what would the public reaction be?

In short it would be outrage, not just from the fans but from the wider public as a talented individual was being denied the opportunity use their skills, meaning football/society as a whole was diminished as they were unable to view/benefit from the individuals talents.

A simple black and white analogy where I think everyone no matter their political persuasion would agree the above situation is wrong. Why therefore, is there not the equal outrage to the phenomenon of underemployment, as each individual who is underemployed is being denied not only the opportunity to fully display their talents but earn a sufficient amount to sustain themselves.

Taking a broader approach to looking at underemployment it is actually the wider economy and society that suffers. In the UK the are over 3 million underemployed individuals, these individuals are often parents, carers or people who are working but not able to work enough hours. To put it bluntly the people who are underemployed are often the best and most reliable workers given their background and work ethic.

So UK plc is keeping 3 million of if its best players/workers on the bench for most of the match, this is madness.

There are often numerous complex causes to underemployment which we are not going to get into here, however it is important to start the following conversations:

How much is the UK losing in lost production by excluding 3 million of the best workers
How does underemployment affect productivity
How can we reduce the factors that cause underemployment
With Brexit on the horizon and discussions of nationwide staff shortages there has never been a better or more important time to ensure we are not benching 3 million of our best employees!